The work being exhibited during the Spirit of Portland Festival 2014 represents 13 projects from a one year graduate and postgraduate course led by tutors and architects Ed Holloway and Peter Ayres in collaboration with Hannah Sofaer of PSQT. 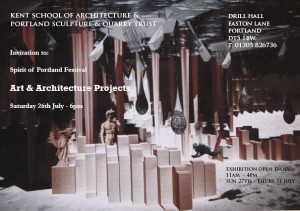 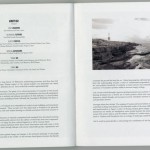 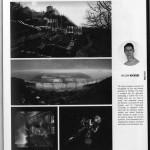 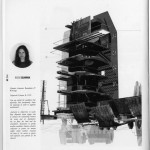 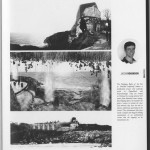 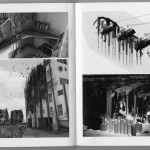 The Isle of Portland in Dorset has a long history of subtractive terraforming processes, and these have left extreme physical traces in its landscape.

Human mineral industry has diminished the island from one direction, and forces of nature – primarily the sea – have eroded the coastline from the other.

The name of Portland has global resonance: The purity of colour and centuries of time bound within the stone has long been recognised by Monarchy, Government and similar institutions, who have manipulated it to embody the symbolic power of the rituals and authorities it enhances. It is found within some of England’s most iconic structures, including St Pauls, the Cenotaph, the Bank of England and Buckingham Palace.

Unit 2 began by recording fragments of Portland stone embedded in London’s iconic buildings and monuments through observation, drawing, and research.  These records were then taken back to Portland to be physically repositioned in the Jurassic landscape, with each student drawing on cultural associations from both contexts to create stimulating juxtapositions.

As the year progressed, students developed individual briefs drawn from observations and study visits to both Portland and London and extended through dialogue with diverse stakeholder groups and organisations.

The students have been examining the interplay between global change and changes to the domestic landscape of the people of this island.  Many have considered shifts in the ‘civility’ of a resource-based power structure that literally consumes the land that they live by.  Critical reasoning has cultivated spatial and positional dialogues emerging from this understanding. It has revealed the socio-political thresholds of authority as both territory and commodity, as well as the urgent need for of awareness of humanity’s position within a resource hungry ecology.

Units 2 were encouraged to evolve their work evolved through a rigorous developmental process as praxis. Contextual observation and speculative drawing developed into a diverse set of projects.

Some examples of these are

–       An immigration centre poised between the ancient defences of bastion turned prison and the intimate comforts of cookie-cutter citizenship,

–       An epic integration of the myth of Orpheus and Persephone into an ecology of landscape, natural forces, ancient and new buildings.

Tutoring of the Unit is centred on a personally tailored observational study in order to develop projects reflecting the unique concerns and talents of the individual students.

Projects are encouraged to be grounded in technical eloquence, critical through contextual observation and resonant in poetic articulation between diverse observations of multiple pasts and speculative futures.

Many thanks to our supporters this year…